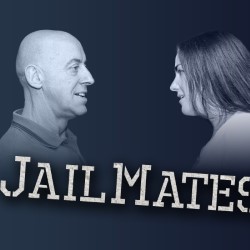 An hilarious comedy based on the letters between divorcee Jenny (Julia Sutherland) and jailbird Gerry (Gary Little).

We witness the development of each letter and also their relationship. Very funny and brilliantly performed by the cast of two who also wrote the play.

This is soon to become a BBC radio series.