Bridget Christie - A Bic for her 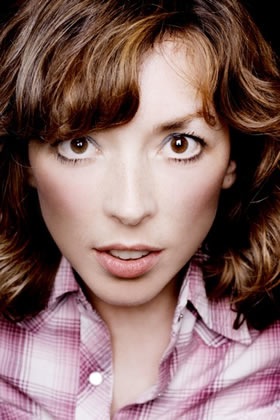 Bridget Christie won this year's Foster's Comedy award at the Edinburgh Fringe but we couldn't fit her show into our schedule. So, worth a punt at The Soho Theatre in London you would think? Wrong!

Christie is likeable despite reminding us of Sarah Cox but sadly her material and performance skills were weak. The Soho theatre downstairs area isn't huge but when the performer walks up and down the stage talking to the audience yet leaving the mike on it's stand, it's a tad irritating for those at the back.

The show takes its title from a range of pink patronising pens 'BIC for Her' which caused a feminist outcry when launched, it's exactly this sort of event that irks Christie.

Pockets of the audience chortled but the rest seemed indifferent as she attacked everyday sexism and then got deeper as she talked about Malala Yousafzai, the teenage activist who was shot in the head by the Taliban.

It's unusual for us not regurgitate a good joke for our friends when returning from a Comedy gig but this time, there was nothing.